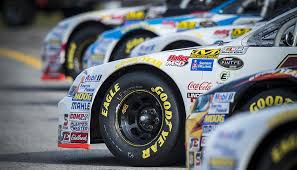 William Jefferson Sanders II, age 60, of Nebo, North Carolina, passed away on the night of Thursday, November 26, 2020 at Memorial Campus of Mission Hospital in Asheville. A native of Greenville, South Carolina, born on May 14, 1960, he was the son of the late Clarence Edward Sanders and Annie Grace Thomas Sanders Hayes.

A graduate of Boiling Springs High School, Will was known by many as the “Mayor” of Nebo.  An avid fisherman, NASCAR fan, he was a long-time accountant at Tim’s Muffler Shop in Marion.  A man who truly loved his family, Will was known to share and tell his “fishing stories” to many.

A celebration of Will’s life will be held on Sunday, November 29, 2020 at 3:00 p.m. in the Chapel of Beam Funeral Service in Marion with Preacher Sammy Sutton officiating.  The family will receive friends from 2:00 p.m. until 3:00 p.m., prior to the service, at the funeral home.

To send flowers to the family or plant a tree in memory of William Jefferson Sanders II, please visit our floral store.