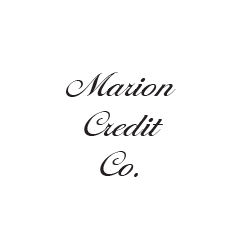 Edwin Elbert “Bud” Rankin died peacefully on Sunday, Sept. 13 after a brief illness. He was 93.

He was preceded in death by his wife of 53 years, Lois Jackson Rankin, who died in 2004; by

their infant son Richard Earl “Rickey” Rankin in 1954, and by his parents, Earl W. and Beatrice

(Susan), all of Marion, and grandchildren Kasey Rankin of London, England, and Jake Rankin

of Marion. He is also survived by dear friends Randy and Debbie Goins.

Mr. Rankin was born March 7, 1927 in Fords Ferry, Kentucky on the Ohio River. After a

childhood filled with Huck Finn adventures, he went to work at age 16 on a river boat that

pushed barges as far south as New Orleans and north to Cincinnati. He continued to work on

the boats, first as a galley boy and then as the captain’s clerk, during summer and Christmas

breaks from school and college.

Mr. Rankin joined the Navy upon early graduation from high school and served in the Marshall

Islands during World War II. At war’s end, he went back to the river boats before enrolling at the

University of Kentucky, where he met Lois Jackson. They married when he graduated in 1951.

They settled in Marion in 1960. Mr. Rankin became active in the community and, among his

many contributions, he served as president of the Civitan Club, chairman of the Marion Hospital

Board, and a key fundraiser in building the former McDowell Hospital. Rankin Drive, the road

leading to the hospital, is named in his honor.

Mr. Rankin was also active in recruiting doctors to McDowell County and was a developer of the

medical park adjacent to the hospital. He was a member of the Hospice of McDowell County

Board, and a deacon at First Baptist Church of Marion, where he served on planning and

finance committees, among others.

Jake continue to operate the business.

A public graveside service for Mr. Rankin will be Saturday, Sept. 19 at 11 a.m. at McDowell

Crematory is assisting the family.

their care of our father and grandfather.

To send flowers to the family or plant a tree in memory of Edwin Elbert Rankin, please visit our floral store.