Larry was born in Buncombe County, on December 10, 1943 to the late Homer Baxter King Sr. and the late Edith Elizabeth Nix King. He is of the Seventh Day Adventist faith and a member of Asheville North S.D.A. Larry began practicing karate in 1975 and is a tenth degree black belt grand master. He is a karate instructor and founder of Karakido School of Karate in Marion. Larry will be remembered as a loving husband, father, grandfather and great grandfather.

Those left to cherish his memory are his wife, Gail King of Marion; a daughter, Joy Smith of Marion; a sister Becky Sharpe (David) of Leicester; two brothers-in-law, Eddie Chapman of Enka and Mac Cole of Leicester; three grandchildren, Zachary Smith (A.J.) and Savannah Wilson (Dylan) both of Chapel Hill and Alex Smith of Marion; three great grandchildren, Desi Wilson, Kelsi Wilson, and Logan Smith, all of Chapel Hill along with numerous nieces, nephews and cousins.

A graveside service will be conducted at 1:00 p.m. on Tuesday, March 1, 2022 at Greenhill Cemetery in Asheville with Art Slagle officiating.

To plant memorial trees or send flowers to the family in memory of Larry King, please visit our flower store.

I had no idea he left us. I was one of his students at the dojo until 2004. I would see him out from time to time. He was a wonderful Sensei.

Joy, I am so sorry for your loss. Though I only met your Dad a few times during our college years, I remember him always being such a nice man. I know his loss will be felt by so many who knew him. You and your family will all be in my thoughts and prayers in the coming days.

Gail, I'm David & Becky's niece. I've always thought Larry was so nice and I'm really sorry he's been sick and passed. I've often wanted to tell him how many friends of mine had to go in front of him and demonstrate their Karate skills and how nervous they were! Scared! I never knew Larry was in Karate until about 15 years ago. I just knew he was a fantastic carpet layer and remembered him laying the carpet in my parents house.

I also remember the last time I saw both of you in Leicester and we laughed about the letter you wrote many years ago to the reunion committee saying you couldn't be at the Erwin High reunion because Larry was busy with his show. "The Larry King Show"! I know the classmates got a kick out of that! Larry was a kind man with a great sense of humor. Just don't try convincing his Karate students of that...

I'll keep your family in my prayers.

I am completely heartbroken and devastated by Sensi Passing he was a mentor to both me and Steven and more importantly he was my second father and my son\'s Honorary Grandfather. I am so numb and have know words. To Gail Joy and kids I love you all and loved Sensi King. Love Melissa Carbon Steven Tab and Copper 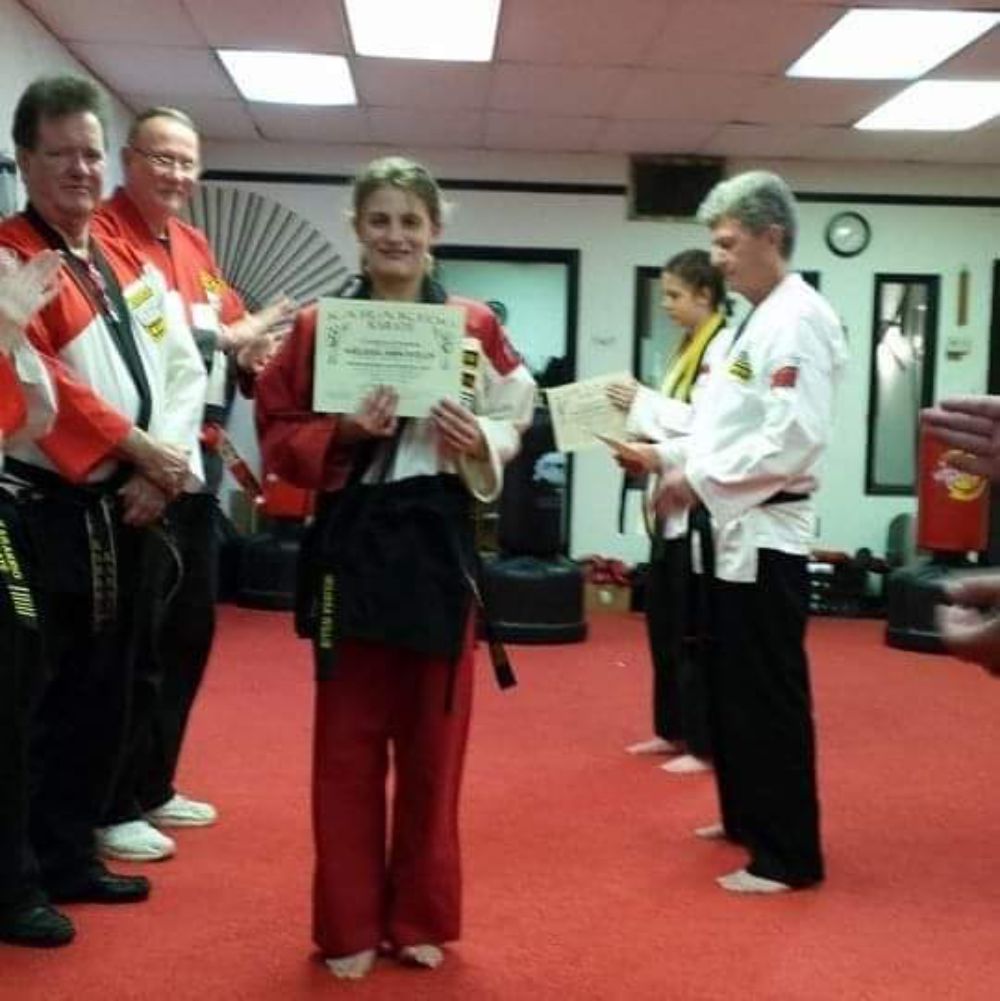