A native of Illinois, Frank was born September 02, 1932 to the late Oscar Walter Reinke and Sadie Ethel Taylor Reinke.

Frank retired from AT&T as an engineering director. He enjoyed his work there and often talked passionately about it. He also served in the U.S. Army during the Korean War. He was a member of Glenwood United Methodist Church, which he loved and was very active in. He was also a Methodist lay-speaker.

He never met a stranger and was very witty. Frank loved everyone and never judged them. A true family man, he was the patriarch of the Reinke family. He also had a special place in his heart for his dogs. Frank was also instrumental in coordinating blood drives.

In addition to his parents, he is preceded in death by his wife, Barbara M. Reinke; a son, Terry Reinke; and his sister, Marie Reeser.

A funeral service will be held Thursday, July 22, 2021 at Beam Funeral Service at 6:00 p.m. with Reverends Dennis Burleson and Norman Jones officiating. The family will receive friends from 5:00 until 6:00 p.m. Military honors will be provided by the U.S. Army. Frank will be laid to rest at McDowell Memorial Park at a later date.


To plant memorial trees or send flowers to the family in memory of Frank Reinke, please visit our flower store. 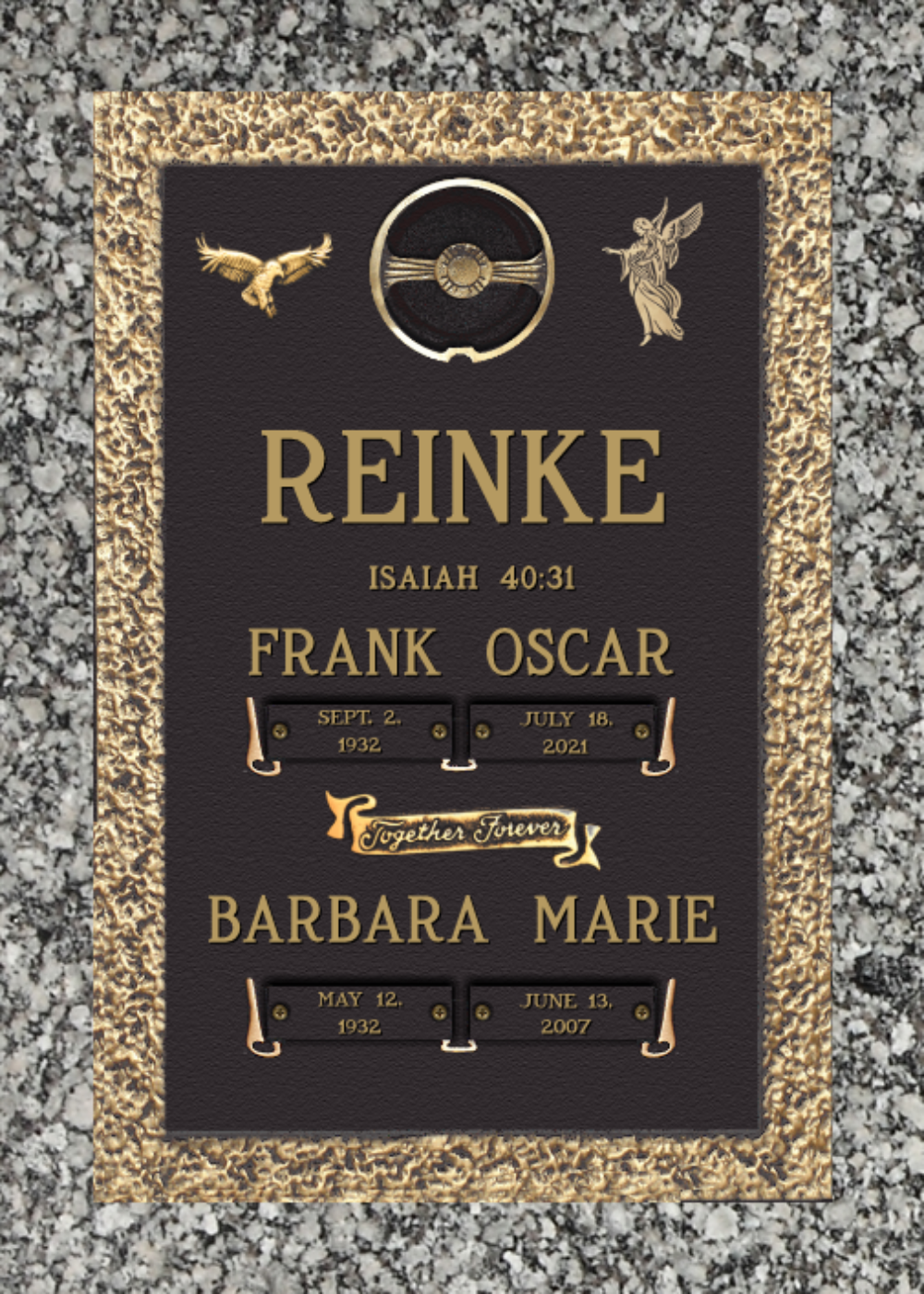 Frank had a smile and a laugh that lit up the room. I enjoyed talking with him and seeing his love for his dog. He is certainly with God today walking the streets of gold.

Frank leaves a legacy that reflects his strong faith in God and service to others. His gentle yet consistent leadership, his huge smile and warm sense of humor, and his unwavering support and encouragement to others makes us call him a valued friend and brother-in-Christ. Heaven has gained a most precious soul.

Frank was a true gift from God, he never met a stranger and he shared his love of God with anyone and everyone ! Those of us at St.Marks and Glenwood will never forget him!

I loved Frank. He showed up at St. Marks occasionally, and he was always a joy. I would also see him on the Greenway with his dog. He always had a smile and a laugh. I will miss him, but I know now his big smile is even bigger as he is gazing on His Lord.