Donald Dean “Donnie” Markum was born on December 22, 1947 to Jesse Markum and Buna Beulah Courtney in Wynnewood, Oklahoma, which was a small oil refinery town located halfway between Oklahoma City, Oklahoma and Dallas, Texas. Don was the youngest of seven children. When he was six years old his mother died and a few years later Jesse married Alice, who was a cherished mother to Don. Don attended Wynnewood Schools and East Central University in Ada, Oklahoma. His college career was interrupted by the Vietnam War and he spent just under two years in the US Army as a “Shake and Bake” Sargent in charge of a group of men in the jungles of Vietnam. Upon return to Oklahoma, he completed his college career with a Bachelors degree in education. He was the Music and Youth Director at College Park Baptist Church in Winnsboro, Texas for a while and also taught school in Oklahoma. He also taught early computerized drafting (CAD) at Texas State Technical Institute in Amarillo, Texas as the chairman of the department and was in charge of student recruitment and job placement. In 1984 he moved to Angel Fire, New Mexico and worked at various jobs from hunting guide photographer to transportation driver to Purchasing Director for the ski resort. It was at Angel Fire, New Mexico, in 1986, that he met his wife-to-be, Carole Woody from Marion, North Carolina. He built and entered a huge paper mâché Budweiser Spuds Mackenzie dog into the annual Angel Fire Shovel Races and won the grand prize. He also loved balloon festivals at Angel Fire, Sante Fe and Albuquerque, New Mexico and rarely missed a chance to ride or be on the balloon chase truck. In 1988 new ownership came to Angel Fire Ski Resort and Don and Carole found themselves without jobs and so they took off on an adventure to California by way of Las Vegas, Nevada. Carole got a job in the first week in Long Beach, California in Condominium Management, but Don took a little longer. He started out cleaning boat bottoms in Marina’s along the Pacific Coast. Then he sold computer printer supplies over the phone followed by selling Credit Card machines and then he discovered a niche of privately owned ATM Machines and soon had a very successful ATM Machine business from north of San Francisco to the Mexico border south of San Diego, California. He loved driving the freeways. By 1989 Don and Carole were attending the Crystal Cathedral in Garden Grove, California and on June 9, 1990 they were married at the Crystal Cathedral by Dr. Robert Schuler; a highlight in their lives. In late 1990’s the couple moved to Atascadero, California and converted a San Luis Obispo bank’s Credit Card machines and then Don spent a summer working at Diablo Canyon Nuclear Power Plant outside San Luis Obispo. Carole had returned to Los Angeles by then and started working in a high-rise condominium on Wilshire Boulevard just outside Beverly Hills and Don focused on his ATM Machines when he returned to Los Angeles.

Don and Carole enjoyed experiencing the variety of authentic restaurants in Los Angeles with their friends, Jerry and Marlene, Ornit, Larraine, Justin and Erick. They took a belated honeymoon trip to Hawaii and then toured Europe with their dear friend and neighbor Erick Jordan when he was stationed at Aviano Air Force Base in Italy. Erick was the son Don and Carole wish they had and was so dear to them both. The European trip that included Florence, Pisa, the Cinque Terre, Lucerne, Switzerland, Germany and then Paris with a night train trip to Venice was a highlight of their lives. Don always wanted to have coffee at a sidewalk café in Paris and this dream was fulfilled.

Shortly after 911 Don and Carole decided to move to North Carolina to be with Carole’s family – Frances and Ruth. Don loved them both completely. Don loved the North Carolina mountains. His first venture in North Carolina was the Oasis Pontoon Boat selling Ice Blended Mocha’s and hot dogs on Lake James. Then he became a Realtor with Remax Advantage Realty in Asheville specializing in McDowell County properties and had a very successful career until 2008 and made countless friends. He then worked as a lead generator for Dixie Home Crafters and then Bath Fitter, attending fairs, festivals and home shows for several years. He also helped Carole care for her mother after she had a stroke in 2003 for many years.

Don also established a charity entitled VV Day celebrating Victory in Vietnam. He found a video that told the truth about the ending of the Vietnam War, that changed his life and he sat out to inform all Vietnam Veterans that they won the Vietnam War and need not be ashamed because it was the US Congress failing to continue to financially support South Vietnam with equipment that resulted in the over throw of South Vietnam by North Vietnam. He handed out cards to hundreds of Vietnam Veterans over the years encouraging them to watch the video and feel good about themselves for having accomplished their mission. He also loved giving out US Flags often secretly. He genuinely loved this country.

Don was a loving, caring and energetic man who loved his life and especially loved his wife Carole and his extended family. His sister-in-law, Ruth Woody Parker, was especially dear to him and he loved their conversations. In recent years he was especially close to his slightly older brother Gary Troy Markum, who lived in Fredericksburg, Virginia. They spoke with each other every night before bed. Gary preceded Don in death by less than 24 hours.

Once established in Marion, North Carolina, Don got involved with the community. He worked with Bill Hendley and others to establish the McDowell Trails Association. He worked with the McCormick family to start and grow the NC Gold Festival and NC Gold Foundation. He made the first “Gold Nugget” for the Marion New Year’s Eve celebration. When he was with Remax Advantage Realty he delighted in bringing the Remax Hot Air Balloon to the Gold Festival for tethered rides. He loved helping people. He never met a stranger and he was always upbeat and happy and willing to lend a hand. He was very talented and could repair almost anything and was a great carpenter and would tackle anything with great success. He loved those You Tube video’s and learned to do many things following their guidance.

Don lived his life on his terms and to the fullest possible. Don had so many friends who were dear to him that he liked to visit daily when possible or call. He cherished his conversations and visits with “sister” Ruth. He loved trout fishing with Rich; boat rides with John, working on cars, yard-work projects with Chris and chatting with neighbor Dusty. He delighted in going to Sake Sushi with Pat and Richard. He really enjoyed the dinner with Greg and Bridgette in Blowing Rock on August 7. He talked to Ron in California daily. He loved visiting Tim and family as the Jewelry Store for the “prayer breakfast” with Tim, James, Harold and Judy. I’m sure there are more special friends and you know who you are! He spread a lot of cheer and joy and was a wonderful example of a life well lived. He leaves behind a big hole on the hearts and lives of many people, but I would dare say everyone who knew Don Markum was better for having known him. There is a lot more that could be said about Don Markum’s life and that will hopefully be shared at the Celebration of Life.

I hope many people can join us in the celebration of Don’s life at graveside on Saturday, August 28, 2021, at 10:00 a.m., at McDowell Memorial Park and share stories about him and his remarkable life. Memorial donations may be made to Willing Workers Wheelchair Ramp Fund, 99 N. Main Street, Marion, NC 28752.

To plant memorial trees or send flowers to the family in memory of Donald Markum, please visit our flower store.

I just only learned of Don's passing today on this Patriots Day.

Considering that he was one only seems to be most fitting!

A big man with a really big heart to match!

You will be missed by more folks than you would know.

Thanks for your good service to both your nation
and to all those you had helped so well.

The spirit alone is what's eternal and recycled towards a
ever higher Divinity.

Mission accomplished my friend. The GREEN candle symbolizes your exuberance to GO forward, no matter what, not stopping for any red light.
You are and will be deeply missed and loved, especially by Carole who shared in all your missions. Your mission now is the watch over all of us
from above. Salute to you my friend "MISSION ACCOMPLISHED".

I've been gifted with amazing friends in my life and Don is certainly a unique addition. I've never met anybody so devoted to helping others in any way that they need! Every time I called in the morning I'd hear of another project that he would be working that day and often days or weeks. On top of that he is always good company, generous and amusing. I thank you Lord for Don and Carole and all the love they have for us.

Don was taken much too early in life for all of us that knew him. He will be greatly missed in this world and greatly welcomed in Heaven. Our hearts and prays go out to Carole and everyone who loved him.
With lots of love from Greg & Bridget Elkins 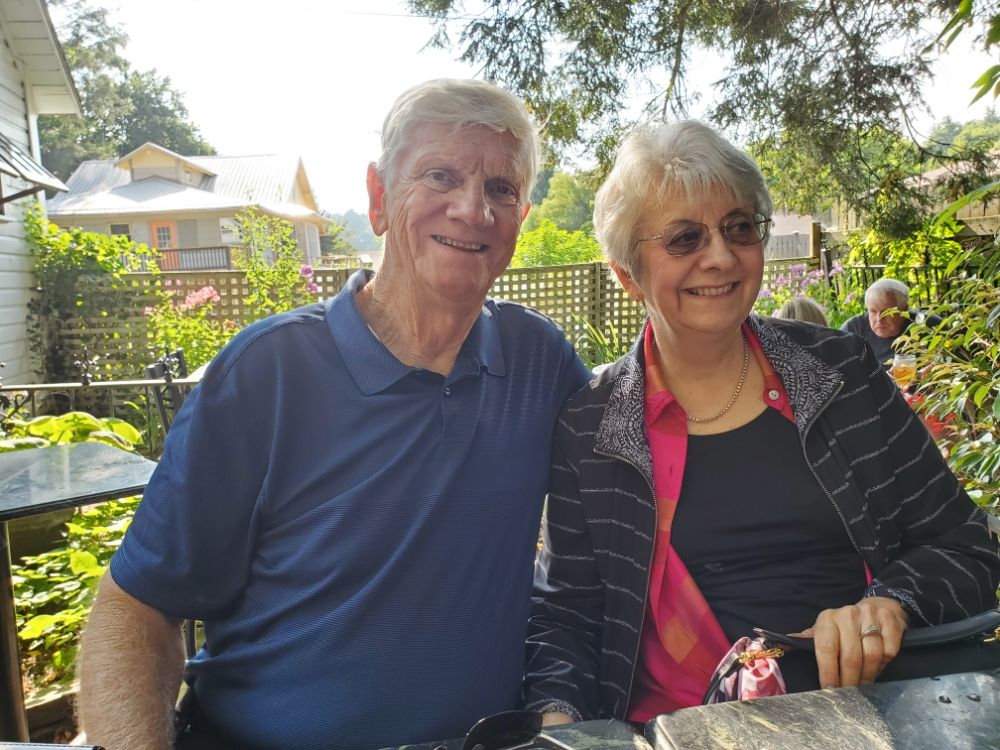 Our deepest sympathies to you, Carole.
Lori & Joey Ledford

Don Markum and his wife Carol had a great impact on my family,Carol was my wife's CAPS supervisor until her death on 8-03-2021.Don and two other WILLING WORKERS FROM FIRST BAPTIST IN MARION,NC AND A NEIGHBOR OF THEIRS, BUILT THE RAMP ON OUR FRONT PORCH,THIS ENABLED MY WIFE (KAYE) TO GET TO THE CAR FOR DR. APPOINTMENTS. THEN DON CAME BY AND ASKED ME IF I WOULD LIKE AN AMERICAN FLAG,I HAD BEEN THINKING ABOUT GETTING A FLAG,(I SERVED TWO TERMS IN THE US ARMY).DON HAD A FLAG AND HAD IT FLYING ON OUR FRONT PORCH IN 15 MINUETS . I THANK GOD FOR DON AND CAROL MARKUM....