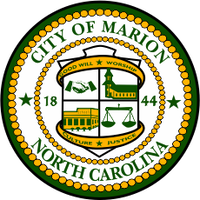 James Edward Robbins, age 76, of Marion, North Carolina, passed away on Monday, August 26, 2019 at the Brian Center Health & Rehabilitation of Spruce Pine.  The son of the late Floyd and Irene Head Robbins, he was born on February 26, 1943 in Cleveland County, North Carolina.

In addition to his parents, he was preceded in death by his wife, Lucille Robbins.

James, following several years, retired from the City of Marion where he served as a supervisor at the water treatment plant.  He was an avid NASCAR fan, particularly Dale Earnhardt, Sr.

He is survived by one son, Doug Robbins (Beth); four daughters, Lynn Robbins, Lisa Reed (Jerome), Wendy Robbins and Teresa Willis (Michael); one brother, Junior Robbins (Jane); and one sister, Jeanette Robbins; ten grandchildren; and sixteen great grandchildren.  James is also survived by his three canine “babies”, Haus, Pebbles and Rowdy; and last but not least, his colleagues with the City of Marion.

A celebration of his life will be held on Saturday, August 31, 2019 at 3:00 p.m. at Hankins Baptist Church in Marion with Pastor Danny White officiating.  The family will receive friends from 2:00 p.m. until 3:00 p.m., prior to the service, at the church.

In lieu of flowers, those wishing to make a memorial donation in his memory are asked to consider, The Robbins Family, 2170 Rutherford Road, Marion, North Carolina 28752.