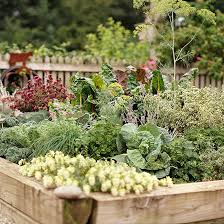 On the afternoon of Thursday, September 26, 2019, Guy W. Mooney, Sr., of Marion, North Carolina went home to be with the Lord with his family by his side. A native of McDowell County, Guy was born on July 15, 1942 to the late Carl Glenn and Irene Crouch Mooney.

He is preceded in death by a brother, who was killed in Vietnam, Dwight E. Mooney.

Guy was a member of Pleasant Gardens Baptist Church and formally worked at Cross Mill until his retirement. He was an avid New York Yankees fan. Guy was an outdoorsman and loved working in his wood shop, his yard and garden. He mostly enjoyed spending time with his family and friends, especially his grandchildren.

A funeral service will be held on Monday, September 30, 2019 at 2:00 p.m. at Beam Funeral Service with Reverends Don Ford and Todd Ayers officiating. The family will receive friends from 1:00 p.m. until 2:00 p.m., one hour prior to the service at the funeral home. Interment will follow the service at McDowell Memorial Park.